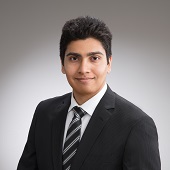 Sarvajit Patil has been a New York State licensed attorney-at-law and a US registered patent attorney since 2011. He received bachelor’s degrees in computer science and economics from Carnegie Mellon University before attending Vanderbilt University Law School, where he was an editor of the Vanderbilt Journal of Transnational Law.
Sarvajit practiced intellectual property law in New York before moving to Japan. He joined Sonoda & Kobayashi in 2018, where he focuses on Japanese national phase prosecution of electrical and mechanical inventions. He speaks English and Japanese.